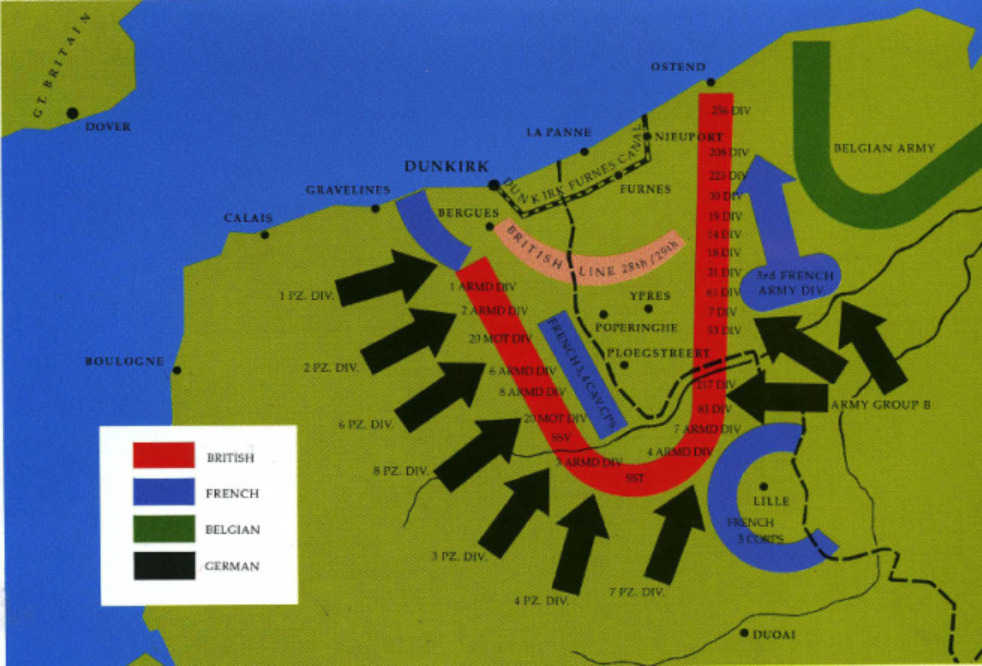 Dennis providently prepared his setup at home, so we started first Allied turn afternoon. We thought it would be possible to play in a Blitz style with ~30 minutes per movement phase, but, you know… OCS is OCS and it demands a lot of time and thought invesments, so we finished only 1st Allied and 2nd Axis (Axis won the initiative on T2) turns today.

As we knew that it will be difficult to finish the whole scenario in one day, we prepared a daring and adventurous plan for the campaign. We found some holes in the Axis setup – the way to the only Axis supply source in France was open for the French motorized infantry Divisions, so we decided to cut off the German advance. On the picture you can see the initial Axis boundaries marked with red lines (I forgot to make the photo after setup). Blue arrows shows our course of operations:

1. Вistracting strike on German motorized division. It also allowed us to narrow Axis are of operations and make the act more cautious.

2. Rebasing all three French mechanized divisions to the south part of the map (closer to Paris), so they can do harassing actions with stable flow of supply.

It worked for us! As it is not a problem to feed the Panzer Divisions from on-map supplies (1 Token for 4 panzer battalions!), the German advance was delayed for good. Anyway, a lot of units got their precious blue OOS markers, and rolls for attrition were not so bad.