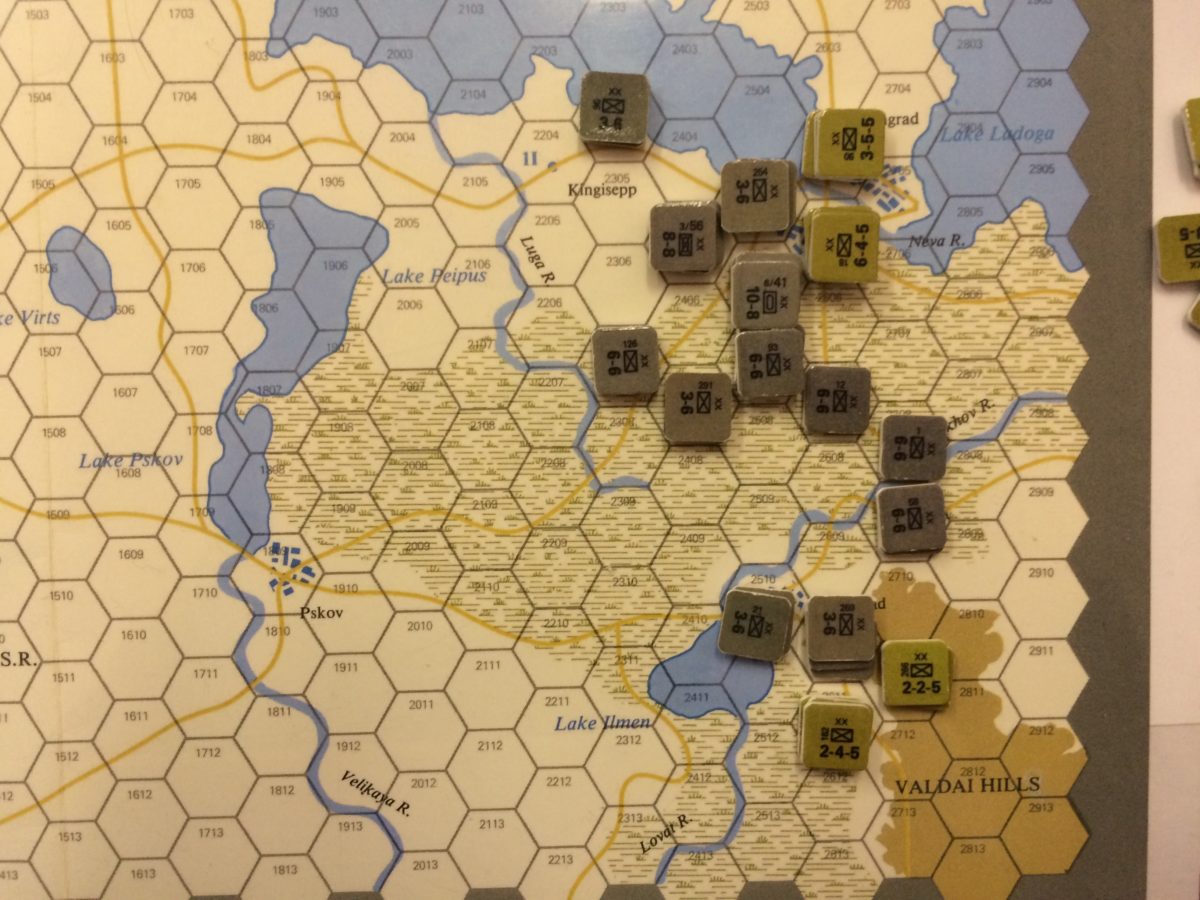 Me and my friend Igor are trying (Igor is actually remembering) classic SPI titles. Today we played Dick Rustin’s Leningrad and Soviets had hard times. To the end of Turn 4, space between Dvina and Luga rivers was effectively mopped up. Soviets are still holding Pskov, but two Panzer Corps hammering would be too much for them. End of Turn 5. Axis grinds more divisions than Soviets could receive as reinforcements. End of Turn 7. Reinforcements are finally cut off, looks like city’s fate is sealed. Soviets concede at the end of Turn 8, as not a single Panzer/Motorized division was reduced yet. Igor says that SPI’s version is much better than republished DG version in all respects, and it’s hard to argue with him, looking at graphic design at least.