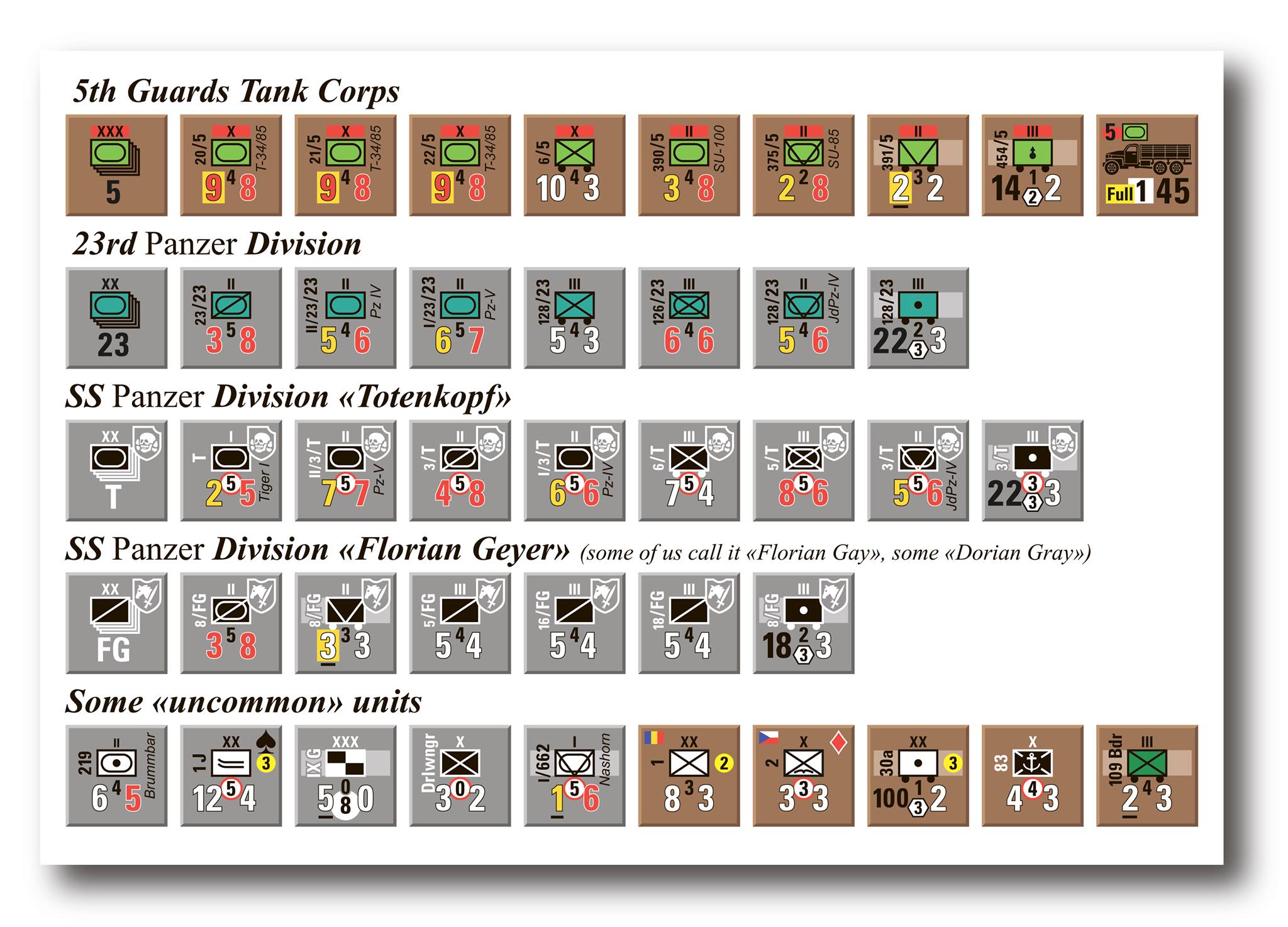 About a year ago, Stéphane Acquaviva invited us to take part in OCS Hungarian Rhapsody playtest. We (Igor Luckyanov and me) are dedicated fans of OCS and such invitation was a great honor and a significant challenge for us. The challenge was not only in thoughtful long-distance playing and analytics – that’s what we were self-confident about. As we had to make our own test counters in any case, we decided to try to implement our ideas, regarding several shortcomings (in our opinion) that we discovered in the OCS games throughout quite long gaming experience. That was a true challenge. In our work we were inspired by Mark Simonitch numerous designs. On the other side, we tried our best to leave as much as possible of original design, things like font, colors of combat/movement parameters, so players familiar with the system could painlessly use our design without any confusion. And it worked for two different teams of our opponents (two players each)!

Our main objections concerned to the counters design. We considered several graphical design features as design flaws. Here are some problems, as we saw them, and solutions:

5. Problem: Artillery range can be easily confused with Action Rating.
Solution: Highlight the range by putting it inside hexagon symbol. It’s also symbolic, as range is measured in hexagons.

6. Problem: For several units presence of ZOC is not obvious.
Solution: No-ZOC band tells everything about ZOC of the top unit in stack.

7. Problem: In several OCS games, such as Blitzkrieg Legend and Baltic Gap, color of German units is very light, so units simply got lost on the map.
Solution: We picked up the units colors in accordance to the map colors.

On the picture you can see our counters design decomposition, that, as we think, solves the problems described above. We are playing the second iteration of campaign playtest now and like the design very much.

You can also see some cosmetic changes we applied to make counters more uniform, such as combat stats on HQ counters, substitution of brackets to underlining in the case of defense-only units.